The Life Of The Chosen One – Vol 2

No matter how much is written and however many volumes are filled with descriptions of his virtues, they can never encompass all the admirable qualities and pure, goodly attributes with which his person has been endowed: for he has reached the heights of human perfection. It is a great shame that we have become heedless in following him, and it is not unrelated that, as a result of this, Muslims have become dishonoured and looked down upon today. Indeed, there has been no one who has read about and truly understood the life of the Messenger of Allah, may Allah bless him and grant him peace, save that he has been left in awe of and fallen in love with him. Thus, it is now, more than ever, that we need to learn about him.
This book before you “The Life of the Chosen One” is a comprehensive work on the sirah of the the Messenger of Allah, may Allah bless him and grant him peace, highlighting his blessed life.  This translation follows the original urdu text ‘Sirat al-Mustafa, salla Allahu ‘alayhi wa Sallam‘  by Shaykh Abd al-Mustafa al-A’zami’s, may Allah have mercy upon him, which is widely available and frequently tauht in Islamic seminaries across the globe.
In this new work, the following have been added :

He is Shaykh al-Hadith al-Allamah ‘Abd al-Mustafa al-A’zami, may Allah have nercy upon his soul. He was born in Karimuddinpur, Ghosi, India in the month of Dhu al-Qa’dah 1333 AH [ca. 1914CE]. He was one of the great luminaries of Islam to be born in India, who propagated the pristine teachings of Islam and truth worldwide: the effects of which are evident until this day and shall remain so until the last.

He took his elementary education from his father and from the local madrasahs after which he headed towards Ma’rufpur to enrol himself at al-Madrasah al-Ma’rufiyyah for advanced Arabic studies. On the 10th of Shawwal 1352AH, upon the advice of his affectionate teachers, he was enrolled onto al-Madrasah al-Muhammadiyyah al-Hanafiyyah in Amroha where he began his intermediary studies. After this, he accompanied Sadr al-Shari’ah to Dar al-Ulum Manzar al-Islam, in Bareilly Sharif, where he studied advanced texts. Here, he also acquired blessings and knowledge from Hujjat al-Islam and al-Mufti al-A’zam.

Some of his Notable Teachers :

His first teaching post was at al-Madrasah al-Ishaqiyyah in Jodhpur, and after a few months he moved to al-Madrasah al-Muhammadiyyah al-Hanafiyyah in Amroha (dist. Muradabad, U.P. India). Shaykh Abd al-Mustafa al-A’zami was thereafter appointed as the head teacher of Dar al-Ulum al-Ashrafiyyah (Mubarakpur, U.P. India). He went onto teach for many years at Dar al-Ulum Shah-i Alam, Ahmadabad, Gujarat. From there he was appointed ‘Shaykh al-Hadith’ at Dar al-Ulum Samadiyyah in Bhiwandi. Thereafter he went onto al-Madrasah al-Miskiniyyah, Rajkot, India. His penultimate position was upon invitation at Madrasah Manzar al-Haqq, Tanda, U.P. Lastly, he moved to Baraun sharif where he taught until he breathed his last.

After completing his pursuit of sacred knowledge, his educational career spanned for over 50 years, teaching in seminaries across the country.

Some of his Notable Students are :

He entered the Naqshbandi Spiritual Order at the hands (bayah) with Shaykh Shah Ibrar Hasan Khan al-Naqshbandi al-Shahjahanpuri in 1353AH. thus entered the Naqshbandi. He was also later bestowed with khilafah (successorship) from his Shaykh. In the year 1358AH on the occasion of the ‘Urs Ridawi,’ Hujjat al-Islam Imam Hamid Rida Khan, further honoured him with Ijazah and khilafah in the al-Qadiriyyah al-Ridawiyyah Spiritual Order.

He was a matchless orator, and Allah granted him such eloquence and charisma in his speech that his words captured the hearts and minds of the people.  The blessings of his oratory were spread far and wide across the country. He was also a prolific writer despite being heavily engaged in teaching and delivering lectures. He left behind as many as 25 works as part of his legacy. Some of his works include :

—Chapter [18] : Character & Attributes of the Messenger,

—Chapter [19] : The Household of the Messenger of Allah,

—Chapter [20] : Miracles of the Messenger of Allah, 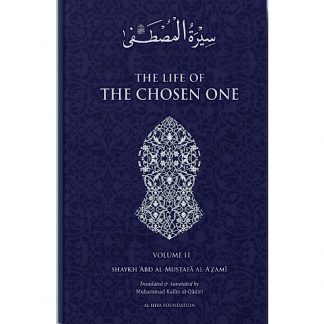