Bahaar-e-Shar’ah is possibly the most authentic and comprehensive fiqh book currently in the urdu language for Hanafi Sunni Muslims. This publication, is the first ever English translation of volumes 3 & 4 of the famous Hanafi fiqh manual !

First ever English translation of the famous Hanafi fiqh manual !

‘Bahar-e-Shari’at’ is that universally acclaimed book of the eminent khalifa of the great Mujaddid of Islam, AlaHadrat Shah Imam Ahmad Raza Khan, ‘alayhi ar-Rahman w’al-Ridwan, and the great faqih of the era, Sadrus Shari’ah, Qadi Hakeem, Allama Abul Mawlana Amjad Ali Aazmi Razawi, ‘alayhir rahman, which can be justifiably called the Encyclopedia of the Hanafi Islamic (fiqh) Jurisprudence. Bahaar-e-Shar’ah is possibly the most authentic and comprehensive fiqh book currently in the urdu language for Hanafi Sunni Muslims.

This publication, is the first ever English translation of ‘Volumes 3 & 4’ of the famous Hanafi fiqh manual !

Today, there is hardly a Darul Ifta that does not carry a copy of Bahaar-e-Shariat. With the exception of Darul Iftas, there are also numerous Mosques the world-over that have classes in which Bahaar-e-Shariat is taught to the worshippers: and numerous Muslim Colleges and Universities in the World have introduced Bahaar-e-Shariat as a part of the syllabus for those studying to become Ulama. Undoubtedly, in the present time, there has not been any other Book of Fiqh that has been written in the urdu language, which compares to Bahaar-e-Shariat. The world renowned ‘Fatawa Alamgiri‘ was compiled by the devoted efforts of hundreds of the most learned Ulama of the time, but Sadrus Sahriah compiled a voluminous book like Bahaar-e-Shariat single handedly. The Muslim Ummah will forever remain indebted to him for work of such magnitude. Seventeen Volumes were orginally written by ‘Sadrus Shariah’ and due to ill health, he was unable to go any further, therefore the final 3 volumes were written by his students upon his request.

—Supplications in support by prominent Ulema and Mashaykh,
—An Introduction to Bahaar-e-Shariat,
—Translators Note,
—The Importance of Fiqh,
——Fiqh in the light of the Qur’an,
——The Excellence of a Faqih in the light of Hadith.

—Brief Introduction to Imam al-A’zam; Abu Hanifa,
——Imam Abu Hanifa is a Tabi’ee,
——His Character,
——His Fear for Allah and Piety,
——His Abstention from the company of Rulers,
——His Love for his Parents,
——His Intelligence and Insight,
—A brief account of the Author: Sadrus Shariah.

The Book of Salaah,

—Chapter [5] Recitation of the Holy Qur’an,
——Qur’an and Ahadith,
——Laws of Jurisprudence,
——Laws of Qira’at (Recitation) outside Namaaz,
——Errors in Qira’at.

—Chapter [7] Virtues of Namaaz in Jama’at,
——Virtues of Congregational Prayer,
——Harmful effects of missing the Jama’at,
——Excellence of standing in the first saff (row),
——Regarding standing straight in the saff,
——Regarding standing shoulder to shoulder,
——Warnings regarding leaving Namaaz,
——Laws regarding congregational Prayer,
——Excuses for missing Jama’at,
——Where should the Muqtadi stand?
——Condition when the Namaaz of a male becomes invalid due to attendance of females,
——The categories of Muqtadis and Rules related to them,
——When is the Muqtadi permitted to follow the Imam and when is he not ?

—Chapter [8] Performing Namaaz without Wudhu,
——Laws of Jurisprudence,
——Explanation of the Aforementioned Conditions.

—Chapter [9] Nominating a Khalifa in Namaaz,
——Nominating a succcessor,
——Laws of Jurisprudence.

—Chapter [10] Factors which Nullify Namaaz,
——Hadith,
——Rules regarding giving Luqma,
——It is forbidden to pass across/in front of a person praying Salaah.

The Book of Salaah,

—Chapter [3] A Munfarid getting the Jama’at of Fard,
——A Munfarid is one who has commenced praying on his own,
——The Munfarid can break his Salaah and join the Jama’at if sajda has not been performed,
——Laws of Jurisprudence.

—Chapter [4] Qada Namaaz,
——Sleeping and forgetfulness,
——Without a valid shari’i reason,
——True repentance,
——Out of fear for the enemy,
——No set or fixed time for Qada Namaaz,
——One inflicted by illness,
——Qada should be performed based upon the condition it was missed,
——Tarteeb, following the correct order of the missed Salaah,
———Important points regarding Tarteeb,
———When Tarteeb does not become Fard,
——Forgetting the Qada, and only realising after praying the Fard,
——Qada and Menstruation,
——Delaying one’s Qada due to work or business responsibilities,
——Qada is far more important to pray than praying Nafl (optional) Salaah,
——The Qaza e Umri (Lifetime Qada).

—Chapter [8] Namaaz of a (Musaafir) Traveller,
——Qur’anic ayat regarding shortening of the Salaah,
——Seven Hadith‘s regarding shortening of the Salaah,
——Laws of Jurisprudence,
———Travelling, the time of day, land or sea?
———Must be travelling on a journey the distance of 3 days,
———Measurement of distance travelled, calculated by miles and distance,
———If there are two valid routes?
———The mere intention of a journey does not qualify one as a Musafir,
———Coming out of populated areas,
———Waajib upon the Musafir to perform Qasr Namaaz (shorten the Salaah),
———There is no Qasr (shortening) of Sunnats,
———Further conditions for the Musafir,
———If the Imam is a Musafir and the Muqtadi is a Muqeem,
———If the Musafir commenced his Salaah behind a Muqeem,
———If a Musafir made Iqtida of a Muqeem,
———If a Musafir made ‘Sahw‘ (error) during Salaah,
———For a female to embark on a journey without a Mahram for more than 3 days is impermissible.

——Recommended to visit the Cemetery on Jummah,
——Numerous other laws and masa’il relating to Jummah,

—Chapter [11] Namaaz of the Eclipse,
——Related Hadith,
——The Salaah of the Solar Eclipse,
——Eid Namaaz in the Masjid or Eid Gah?
——Gail Force Winds?

—Chapter [12] Namaaz e Istisqa (Du’a and Istifgfaar),
——Verses of the Qur’an,
——Ahadith,
——Laws of Jursiprudence,
———Can be performed with Jama’at or individually,
———How and when to perform Namaaz e Istiqsa.

——Laws of Jursiprudence,
———Sunnat to place the dying person to his right facing the Qibla,
———To continue with recitation of Talqeen in audible voice,
———Sunnat to recite ‘Surah Yaseen‘ and to make area fragrant with incense,
———Female (family members) are allowed to be close to the deceased,
———Tying some fabric from the jaw to the head to close the mouth,
———Du’a when closing the eyes of the deceased,
———Stopping the stomach from swelling,
———Cover the entire body (mayyit) with a white sheet,
———Words uttered at the time of death,
———Be swift in fulfilling all debts of the deceased,
———It is permissible to recite the Qur’an providing the body is entirely covered.

——Ghusl (bathing the deceased),
———The ghusl, kaffan, and dafan (burial) should not be delayed without reason,
———Inform all neighbours, friends and relatives when a person dies,
———Making public announcements of death,
———Regarding sudden deaths and funeral arrangements,
———Rules regarding the deceased pregnant female and her unborn,
———Method of bathing the deceased, step by step guide,
———The person performing the ghusl should be reliable and in a pure state,
———It is Mustahab to burn fragrance during ghusl,
———Ghusl: Only men to men & women to women are permissible, apart from husband & wife,
———Muslims should perform the ghusl if other family members are non-Muslim,
———Other issues regarding permissibility,
———Steps to take after the ghusl.

——Carrying the Janazah (Funeral bier) for Burial,
———Every person should make an effort to carry the Janazah,
———Sunnat for four persons to carry on ‘kandha‘ – on shoulders,
———Must be carried at a moderate pace,
———Those accompanying, should silently walk behind only,
———If it is forbidden for females to accompany the Janazah,
———It is makruh to sit, until the Janazah has been brought down,
———One should not return home until partaken in the Janazah Namaaz.

——Method and Rules for Janazah Namaaz,
———2 things which are Rukn (essential); Takbir 4 times, and Qiyyam (stand),
———3 things which are Sunnat e Muakkadah,
———Method for performing Salaat al-Janazah,
———Some praiseworthy Maathur Du’as, Arabic with English Translation,
———Some points reagrding the takbeer,
———Some points reagrding the saffs (rows),
———Who can and cannot perform the Salaat al-Janazah ?
———The masbooq and the Salaat al-Janazah,
———If more than one Janazah is taking place?
———It is Makruh e Tahreemi to perform the Salaat al-Janazah inside a Masjid,
———Not permissible to delay the burial in order to obtain a bigger crowd ?
———What if the Janazah is at the time of your daily Fard Salaah?
———Some rules regarding the deceased if it’s a newborn baby,
———Some rules regarding Dar ul Harb and Dar ul Islam.

——The Grave and Burial,
———To bury the deceased is Fard e Kifaayah,
———It is impermissible to bury the deceased at the spot or chamber where he/she has passed away,
———Rules regarding the length and height of the grave,
———The grave is of two types,
———It is impermissible to place a ‘grass mat’ inside the grave,
———It is makruh to place the deceased inside a ‘western’ coffin,
———Some conditions regarding caskets,
———Placing baked bricks on the side of the grave is Makruh,
———Who should assist and go inside the grave?
———How to lower the Janazah,
———Lowering the female Janazah,
———Du’a to recite when lowering into the grave,
———The Janazah’s face should be turned towards the Qibla,
———Placing sand on top of the grave, and what to recite,
———Refill the grave only with the sand that was removed to dig it,
———The shape of the grave should be raised with a hump,
———Sprinkling water onto the grave,
———If a person has passed away on a ship, and are distant from the shore?
———It is permissible to build domes over graves of the Ulama & Sadaat (Sayyids),
———It is Mustahab to recite verses from Surah al-Baqarah,
———Remaining at ther graveyard after burial,
———It is impermissible to bury more than one person inside a grave,
———It is Mustahab to bury the deceased in the city where he/she passed away,
———It is permissible to have your own kaffan ready, but not to dig your own grave before you die,
———It is strictly forbidden  to walk or sleep over a grave,
———Do Not tread over graves to get close, but pray Fatiha from a distance is best,
———To appoint a Hafiz to recite the Qur’an is allowed but not for a fee,
———To keep the Shajrah or Ahad Nama in the grave is permissible,
———Some points regarding writing Bismillah Shareef on the forhead and chest.

——Ziyaarat e Quboor,
———To Visit the Graves is Mustahab once a week,
———Preferred days are Jum’ah, Thursday, Saturday or Monday,
———To travel and journey towards the graves of the Awliya is permissible,
———Regarding females and permissibility?

——Manner of performing Ziyaarat e Quboor,
———The correct procedure in order to do Ziyaarat of Graves and Shrines,
———How to approach, what to recite,
———What to recite when visiting the graveyard (Qabrastan),
———Sending Thawaab,
———It is impermissible to kiss the grave or to do tawaf,
———To make Talqeen to the deceased is permissible according to the Ahle Sunnat,
———What the Prophet, salla Allahu alayhi wa Sallam, said to recite when a Muslim brother passes away, Du’a, with English translation,
———What AlaHadrat, alayhi ar-Rahman, has added …
———Placing fresh flowers on the grave is permissible,
———Do not remove or pull grass from the grave.

——Noha (lamenting),
———It is not permissble for females to gather and lament together loudly,
———To make Taziyat in the Qabrastan (cemetery) is a Bid’at (innovation),
———For men to wear black clothes for ‘saug‘ (for mourning) is not permissible,
———To cry loudly, wail and to exaggerate is Haraam,
———To cry silently is permissible,
———To tear at or rip clothes, pull faces, loosen/untie hair, beat the chest, are all practices of Jaahiliyat (from the days of ignorance),
———To mourn for more than 3 days is not permissible but a woman can mourn her husband for 4 months and 10 days,
———9 Ahadith regarding Noha (lamenting). 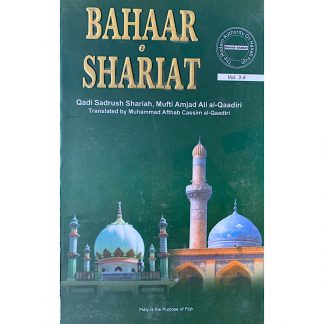