This book ‘Islamic Manners’ is the first English translation of Makarim al-Akhlaq‘ the masterpiece authored by the muhaddith Imam Abu Qasim Sulayman ibn Ahmad al-Tabarani, may Allah show him mercy. In this book Imam Tabarani has accumalated a number of ahadith, highlighting different aspects of manners.

The Holy Prophet, may Allah bless him and grant him peace, said this about Islamic Manners:

”Good Islamic manners mean that you should treat gracefully the one who
breaks off relations with you, that you show generosity to the one
who deprives you, & that you forgive the one who oppresses you.”

Sayyiduna ‘Abdullah Bin Mubarak, may Allah be pleased with him,  has said, ”Meeting people with a smiling face, treating them kindly and avoiding causing harm to anyone are the traits of a well-mannered person.” 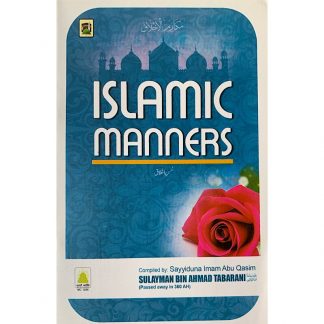